DuoFertility Review: Effective and Cheaper Than In Vitro Fertilization (IVF)? Couples looking for ways to conceive might get the help they need in the DuoFertility device, a new fertility treatment which its developers claim is much cheaper than but as effective as in vitro fertilization (IVF).

However, its not clear whether this device – reportedly sold online – has gained the approval of government health authorities.

The duofertility system, developed by Cambridge Temperature Concepts, was recently introduced to the medical community by Dr Oriane Chausiaux who presented their findings on the effectiveness of the device at the World Association of Reproductive Medicine conference. 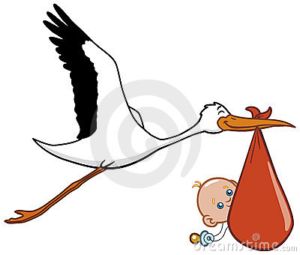 Dr. Chausiaux, who serves as the chief scientific officer for DuoFertility, reports that the use of DuoFertility resulted in a pregnancy success rate of 19.5 per cent after six months, which is as effective as IVF.

More from the Daily Telegraph:

The device works by placing a patch, which is about the size of a £1 coin and is worn night and day, under the arm which records the minute changes in the woman’s temperature.

It measures body temperature 20,000 times a day to identify a woman’s fertile days with 99 per cent accuracy.

The device, dubbed the Sat Nav of the fertility world, is claimed to be statistically as good as IVF but at a fraction of the cost, with the added bonus of your money back if there is no pregnancy in a year.

What are medical practitioners saying about this device? Check out the following:

Dr Shamus Husheer (he’s reportedly the inventor of DuoFertility so take his statement on the effectiveness of the device with a grain of salt): We are delighted that Oriane has been given the opportunity to present our significant findings at this event. What we now know, as a result of our work, is that for certain causes of infertility, DuoFertility is as effective as IVF.

“Clearly there are some infertility issues where the use of the device is unable to aid pregnancy, such as a complete lack of sperm. However, for a range of common causes such as moderate male factors, cycle irregularity and secondary or unexplained infertility, our monitoring device is achieving great results.”

Raj Mathur, Consultant in Reproductive Medicine and Surgery at Addenbrookes Hospital, Cambridge: “It has been recognised for a long time that women experience a small rise in body temperature that occurs around the time they release an egg from the ovary.

“However, present techniques for recording this do not appear to be of clinical value. The Reproductive Medicine Department at Addenbrooke’s hospital is examining whether body temperature measurements taken by the Duo Fertility sensor are able to identify cycles where ovulation occurs.”

Andrew Sharkey PhD, Associate lecturer, Department of Pathology, University of Cambridge: “There is a big social and clinical need for a method to predict ovulation and hence potential fertility. The concept seems sound – i.e. measuring temperature rise as a surrogate for the hormonal changes induced at around the time of ovulation.

“The limited data I have seen suggests that it is robust, simple to use and non-invasive and relatively cheap. All of this is good.”