Dark chocolate, which contains polyphenols, can be a part of a healthy diet according to a study which found that polyphenols found in cocoa solids may help control cholesterol levels among type II diabetics.

However, researchers from Diabetes UK, a leading health charity, point out that chocolate’s high fat and sugar contents would outweigh the said benefit gained from cocoa solids.

The debate about the benefits of dark chocolates was sparked after a Hull University study, which was published in the journal Diabetic Medicine, found a slight drop in the cholesterol level of Type II diabetic volunteers who consumed chocolate bars enriched with polyphenols for 16 weeks.

According to a BBC report, “those given the enriched bars experienced a small improvement in their overall cholesterol “profile”, with total cholesterol falling, and levels of so-called “good” cholesterol rising”. 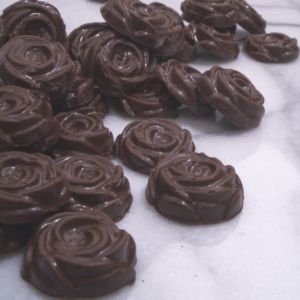 Professor Steve Atkin, who led the Hull study, said the finding can mean a reduction in heart risk.

He said chocolate bars with cocoa content should be part of the diet of Type II diabetics.

On the other hand, researchers from Diabetes UK argue that even chocolates with the highest levels of cocoa solids contain high levels of fats and sugar which are harmful.

They said that the findings from Hull University do not mean it is okay to eat more chocolate.

Says Dr. Iain Frame of Diabetes UK: “On no account should people take away the message from this study, conducted in only 12 people, that eating even a small amount of dark chocolate is going to help reduce their cholesterol levels. The tiny health benefit of this compound found in cocoa-rich chocolate would be hugely outweighed by the fat and sugar content.”

He adds: “The design of the study is also somewhat unrealistic as they asked participants to eat only around half the size of a normal, dark chocolate bar every day for eight weeks.”

In conclusion, Dr. Frame has this to say: “It would, however, be interesting to see if further research could find a way of testing whether polyphenols could be added to foods which weren’t high in sugar and saturated fat such as chocolate.”