Does Your Beansprouts Have Salmonella? Wash bean sprouts properly and cook them until piping hot if its packet has no “ready to cook” mark, health officials advised the public after 169 salmonella cases since August were traced to bean sprouts.

“’No one should be put off eating bean sprouts, provided they are properly cooked. The risk is in eating raw or under-cooked bean sprouts. The best advice is to follow the guidance on the packaging, but if there is any doubt or ambiguity about the instructions, cook the sprouts until they are piping hot,” North West Health Protection Agency Professor Qutub Syed was quoted by the Daily Mail as saying.

Meanwhile, Hugh Lamont from the agency said they are conducting an investigation to identify why salmonella bacteria are affecting bean sprouts. 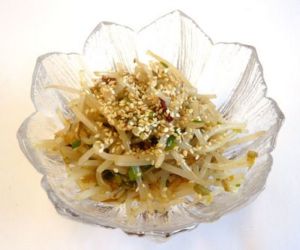 Included in the cases is the death of an elderly woman who attended a wedding in Prestwich, Greater Manchester. Her companion Rene Kwartz, who also became sick, admitted she ate salmon on a bed of noodles and bean sprouts. Prof. Syed also reminded the public to separate raw bean sprout, ready-to-eat bean sprout and other salad products to avoid contamination.

Peope who eat contaminated food person will suffer from gastro-entetiris, abdominal pain, headache, nausea, vomiting and fever. Elderly, infants and those whose immune system is impaired are most likely to have severe illness from the bacteria.

Salmonella bacteria are normally found in wild and domestic animals particularly in poultry. Fruits and vegetables including bean sprouts can become contaminated if they come into contact with these sources. Contaminated water can also spread the bacteria. 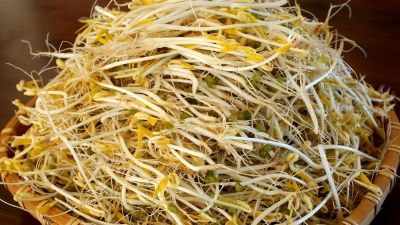 In conclusion, your beansprouts may have salmonella but you can deal with the problem by washing the sprouts and cooking them well. Guess, we have to stop eating our beansprouts raw, huh?