Shannen Doherty, American actress (from more.com): Save for a 1999 interview in Star magazine, Shannen Doherty hasn’t been very vocal about her battle with Crohn’s disease, a type of inflammatory bowel disorder that can lead to abdominal pain, severe diarrhea and even malnutrition. She reportedly told the magazine, “It can kind of mess with you. There’s nothing sexy about women saying: ‘I’ve got to go to the bathroom right now.’”

Dennis Kucinich, former U.S. Congressman. The ex-Congressman from Ohio mentioned his struggle with Crohn’s disease when he threw his support behind Obamacare. 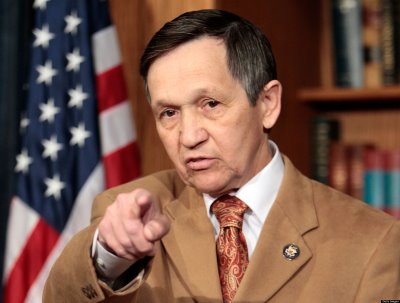 I struggled with Crohn’s disease much of my adult life, to discover sixteen years ago a near-cure in alternative medicine and following a plant-based diet. I have learned with difficulty the benefits of taking charge personally of my own health care. On those few occasions when I have needed it, I have had access to the best allopathic practitioners. As a result I have received the blessings of vitality and high energy.

Congressman Kucinich is reportedly following a vegetarian diet as a way to control his condition.

Matt Light, former American football star (via usnews.com): I was officially diagnosed in 2001, but I had started experiencing a lot of the symptoms during my freshman year in college. At the time, I didn’t connect it with being anything more than the flu or a stomach virus. I just wasn’t up to speed with issues like Crohn’s disease, or any other type of bowel disease. By the time I got to the NFL as a rookie, I just knew something wasn’t right. I was experiencing internal bleeding—it’s very difficult to talk about, kind of embarrassing, but this is what happens. I started asking a lot of questions, got a full exam, and the doctors at Massachusetts General Hospital told me I was suffering from Crohn’s disease. 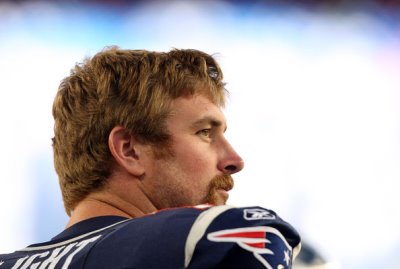 It was very difficult, but I had really good doctors and a really good support team. You’re not the only one who goes through this—it’s all the people around you, and you rely on them. When you have a family, you have to be healthy for them. I remember my wife coming into the hospital and showing me my Super Bowl ring for the first time. It’s pretty wild to think you can get through all that and still get back out there and win another championship.

I had mixed emotions about going public, because I hadn’t said anything throughout my entire battle. I was worried some people were going to be upset that I had kept it hidden. But I didn’t want people to say, “Well, he had a bad game because he’s battling this tough disease.” At the time, my battle was my battle, and I wasn’t willing to talk about it. The truth is, it’s not easy to talk about, but if somebody else can learn something by me coming out and telling my story—and they can say, there’s a guy who’s doing great, and he got through some really tough times—then I’m just thankful to have the opportunity to be that voice.

Yoon Jong-shin, Korean singer. koreajoongangdaily.com reports on Yoon’s revelation that he is living with Crohn’s disease:

Singer and TV personality Yoon Jong-shin revealed that he is suffering from Crohn’s disease during an interview on SBS’ “Healing Camp” that aired Monday. Yoon, who appeared on the show with his wife, said, “In most cases, the disease is not fatal, but it is quite dangerous,” adding that there is no cure at the moment.

The singer said he underwent surgery in January 2006, when he began dating his wife, because the disease caused his intestines to narrow. He said he told her about the disease and she accepted him into her life regardless.

Joe Thomas, Welsh distance runner. The Welsh runner found out in 2014 that he is living with Crohn’s disease. Athletics Weekly quotes the athlete as saying: “I found out this week that I’ve had an underlying stomach condition for about the last four years so the injuries could have been linked to that.

“I only had the examination done on Wednesday and it came back indicating colitis and Crohn’s disease. I’m still waiting on the results of some biopsies, but that might shed some light into why I’ve picked up quite a few injuries as well because it can be linked. I’m going to get some medication for it which should alleviate a lot of problems straight away.”

According to wikipedia, other famous people with Crohn’s disease include the following: