Breast Implant Problems: Poly Implant Prothese Leakage and Stuff. Are you planning to have breast implant surgery because silly movies told you that this is a surefire way of attracting the boys? Well, you gotta think twice, thrice, and a lot of times before you do it.

After all, you don’t want to end up like Sarah Neil do you? Sarah is a British nanny whose breast went awry when the gel added to increase her bust size seeped out leaving silicon lumps in nearby tissues.

Sarah and several other women whose breast implants have gone wrong are reportedly planning to sue a French company which manufactures Poly Implant Prothese (or PIP) implants. The PIP implants are among the cheapest but, according to a Daily Mail report, some of the implants “had been filled with an unauthorised silicone gel”.

In fact, in some of the gel used in PIP implants were meant for – horror of horrors – mattresses. 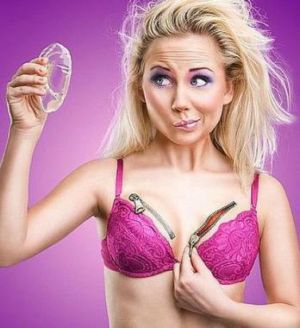 Britain’s Medicines and Healthcare Products Regulatory Agency has ordered surgeons to stop using PIP implants. French regulators are also reportedly conducting an investigation on the safety of the product.

*****
Want to read more about the safety of cosmetic surgery?