Last year, Footballers’ Wives actor Ben Richards revealed in an interview with Hello Magazine that he was diagnosed with bowel cancer. He beat the disease after he underwent surgery followed by chemotherapy and radiotherapy treatments. According to the Daily Mail, he is now the ambassador for Bowel Cancer UK. 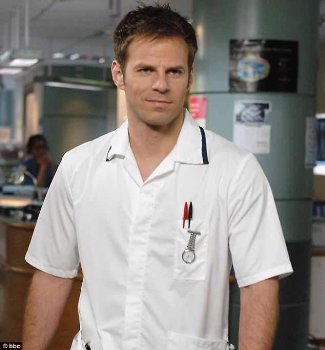 How did Ben find out that he had bowel cancer? He reportedly noticed some symptoms (blood in his stool and change in bowel movement) but, like most guys, ignored the signs and attributed it to something else. But he eventually mentioned the symptoms to his doctor who advised him to see a specialist.

Speaking exclusively to HELLO! Magazine, he confessed that he had ignored warning signals that he had the disease for an astonishing five months. “I was being a typical bloke,” he said, admitting that he had put off seeing his GP.

When he did visit his GP, he was immediately referred to a specialist and was given the “bolt out of the blue” diagnosis just two days later. The consultant told him: “You’ve got a 6cm tumour in your bowel.”

“It was like the wind had gone out of my sails,” Ben told HELLO!, “like someone had punched me in the stomach.”

Richards has recovered from the disease and is now active in campaigns to encourage people to get themselves checked. Here’s what he says about the disease:

Bowel cancer was always thought to be something that happened to old people and particularly those who have eaten a bad diet, but this simply isn’t true. If you get any of the symptoms of bowel cancer such as blood or abdominal discomfort, don’t self-diagnose of ignore it. Getting it checked could save your life.

Just how critical is getting yourself checked? According to the UK National Health Service, “if bowel cancer is diagnosed in its earliest stages, the chance of surviving a further five years is 90%”.

Aside from Ben Richards, other famous people who were diagnosed with bowel cancer include: