Botox Side Effects: Will it Bring You Happiness? Botox, the popular anti-wrinkle drug much-loved by aging celebrities, will make you feel happier because it stops your face from frowning.

This is what researchers from the University of Wisconsin found out after testing 40 volunteers. Before and after giving them small doses of Botox into their forehead, the volunteers were asked to read a series of statements that show emotions such as happiness, loneliness and anger.

The results show that the volunteers read out the more negative statements slightly longer than they did before having the injections. 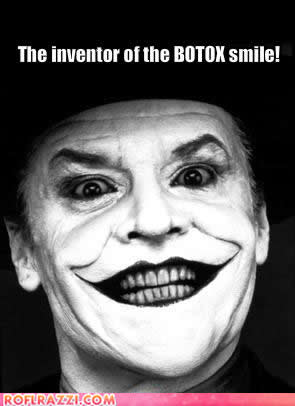 Researcher David Havas explains that the brain takes longer to process the emotion behind the negative statements. He says: “There is a long-standing idea in psychology called the facial feedback hypothesis. Essentially, it says, when you’re smiling, the whole world smiles with you. It’s an old song, but it’s right. Actually, this study suggests the opposite: When you’re not frowning, the world seems less angry and less sad.”

Research leader Professor Arthur Glenberg further explains the results: “Normally, the brain would be sending signals to the periphery to frown, and the extent of the frown would be sent back to the brain. But here (because of Botox, ed.), that loop is disrupted, and the intensity of the emotion and of our ability to understand it when embodied in language is disrupted.”

If the volunteers cannot physically frown, the brain feels there may be less to frown about, the researchers conclude.