Best Acne Treatment in the World: Oplon Electrocution? Is this the best acne treatment in the world or what? Electrifying acne may sound like a crazy idea but maybe this Israeli company working on an anti-acne electric patch knows what it is doing to combat the bane of your teenage existence — the much dreaded acne. Read more about it below…

A patch that electrifies acne-causing bacteria and will remove acne spots within three days is currently being tested in trials by an Israel-based company, Oplon, which hopes to market the high-tech electric patch in two years.

The patch looks like an ordinary plastic and is used overnight. It consists of a mesh-like material impregnated with special molecules. When these come into contact with moisture on the skin, they make a tiny electrical field in which the bacteria cannot survive, a Daily Mail report states.

The mesh-like material also contains salicylic acid, which removes dead skin blocking the follicles, and axelaic acid that kills bacteria in the pores. 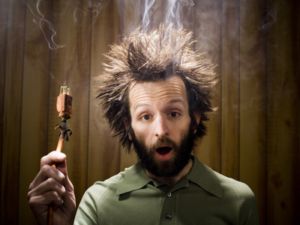 During the trial, around 100 people will wear the patch-overnight or for around six hours. The results, which will determine whether the patch will be really effective in treating acne, is expected at the end of the year.

Acne, a skin condition that appears on the face, back and chest of adolescents and adults, is caused by excessive sebum production.

Traditional treatments to acne include benozyl peroxide, which prevents dead skin from blocking hair follicles and kills bacteria on the skin as well as antibiotics which kills off the bacteria. Contraceptive pill can also, reportedly, help beat acne because it balances off hormone levels.

These treatments, however, carry side effects like dry skin, nausea, weight gain and mood changes.

In contrast, the electric patch has no apparent side effects according to its manufacturer.