Abiraterone could be made available next year as Johnson and Johnson is reportedly planning to file, at the end of the year, a marketing application for the drug in the United States and Europe.

Reuters reports on the trial which found the supposedly “life-prolonging” effect of Abiraterone:

In a large Phase III trial of men with prostate cancer who had previously received other treatment, including chemotherapy, those given the drug together with a low-dose steroid lived, on average, 14.8 months while those on steroids plus a placebo survived 10.9 months.

“That 3.9 months may not seem much but you have to understand that in the history of prostate cancer only four drugs have previously ever shown a survival benefit,” said lead investigator Johann de Bono of Britain’s Institute of Cancer Research, where the drug was originally discovered.

“This compares very favorably to Herceptin in breast cancer … These results are likely to alter the standard of care for men with advanced prostate cancer.”

These findings were presented at the European Society for Medical Oncology (ESMO) congress in Milan. 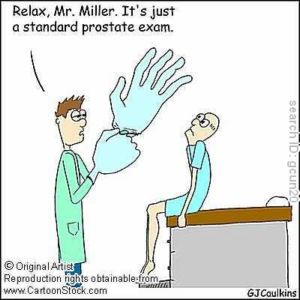 Does this new drug have any side effects? Lead researcher De Bono, reportedly stated, that patients who took in abiraterone generally avoided unpleasant side-effects seen with chemotherapy.

The above research only involved men with advanced prostate cancer. However, researchers are already planning to see what the drug does for men diagnosed with prostate cancer at an earlier stage of disease.