A popular hair-straightening treatment is under scrutiny after lab tests by Oregon’s occupational health agency found significant levels of formaldehyde in a smoothing solution made by the beauty company Brazilian Blowout.

The state agency says it had the solution tested when salon workers in the Portland area complained of nosebleeds, breathing problems and eye irritation.

The company which sells Brazilian Blowout disputes the Oregon findings but laboratory tests in Canada have also found found significant (and dangerous) levels of formaldehyde in the hair straightening solution. 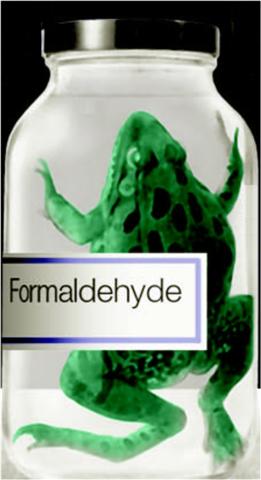 In fact hundreds of disgruntled Canadian costumers and hair care specialists are reportedly filing a class-action suit against the manufacturer.

More than 200 people have joined a B.C.-based class action lawsuit against the makers of a hair product found to contain a dangerous amount of a known carcinogen.

Sixty times the limit allowed by law? That’s much much more that the “trace levels” that the company insists it found in its product.

Anyhoo, if you are wondering about the side effects of formaldehyde exposure, those who filed a case against the company report that they “experienced a runny nose, sore throat and burning eyes after applying the product. Others had shortness of breath and, in several cases, significant hair loss.”

Thank heavens government authorities are now starting to act against the dangers posed by Brazilian Blowout. The U.S. Food and Drug Administration (FDA), for instance, has warned the manufacturer for its mislabeling of the beauty product. In particular, the agency is pissed because Brazilian Blowout is being labeled “formaldehyde free” or “no formaldehyle” when, in fact, there’s formaldehyde in the hair straightener.

The FDA warned the manufacturers of the product to correctly label their product or else they will be in deep sh*t. Let’s see how it turns out, no?

In our earlier post, we mentioned some adverse Brazilian Blowout side effects noted among salon professionals who used the controversial product.

If you’ve been using the product and suffer the above symptoms or Brazilian Blowout side effects, haul your ass off to the doctor’s office before things get worse for you.