XCell Stem Cell Clinic Germany: Baby Death Following Treatment. Remember the XCell Stem Cell Clinic in Germany which was criticized last month by British experts for employing unproven stem cell treatments on patients desperate for a cure to their condition? Well, the clinic is under scrutiny following the death of one of its patients two months ago.

The 18-month-old boy, whose Romanian parents lived in Italy, was injected in the brain with stem cells and subsequently died. In May a 10-year-old boy from Azerbaijan almost died when the same procedure went wrong. His family is suing the clinic.

Criminal prosecutors are investigating the death and the case of the other child, who is now understood to be more severely disabled than when first treated at the clinic. Dr Michael Sabel, chief neurosurgical consultant at the University Hospital Düsseldorf, has accused XCell of failing to react quickly enough when the 10-year-old boy began to suffer internal bleeding in the brain.

The child was brought to his hospital where he underwent life-saving emergency surgery. Dr Sabel then wrote a letter to authorities warning them a child could die if the procedure was repeated at the clinic. Three months later the Romanian boy died after being rushed to a hospital, about a 15-mile drive from Düsseldorf. Dr Sabel is mystified why the child wasn’t brought to his hospital five minutes away.

Says Dr. Sabel of the medical tragedy: “What we had was an unjustified surgical procedure with complications which was then not properly dealt with. They had injected the stem cell into the brainstem, which is the most delicate structure in the brain.” 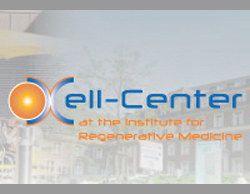 According to the public prosecutor assigned to the case, they will be focusing on the doctor who treated the child: “The inquiry as far as I am concerned is directed towards this specific doctor and her actions and not the firm. We are dealing with a mountain of medical paperwork at the moment. Should it come to legal proceedings, they will not take place before the summer of next year at the earliest.”

However, the doctor, identified as Dr Uta-Kristein Tamaschke, is no longer working at the XCell Center according to the Telegraph. XCell Clinic is reportedly cooperating with investigators.