Stem Cell Therapy for Deafness? So stem cell therapy may be able to cure Crohn’s disease and blindness, but can it treat hearing loss too? Stefan Heller, professor of otolaryngology at the Stanford University School of Medicine, and his team believe that it can.

However, it will take the researchers a couple of years to generate human hair cells that could replace damaged hair cells in the cochlea.

Normally, these hair cells which convert sound waves into electrical signals that are sent on to the brain, do not regenerate when damaged but Heller and company believe that they can coax the cells to regenerate with their new stem cell technology. 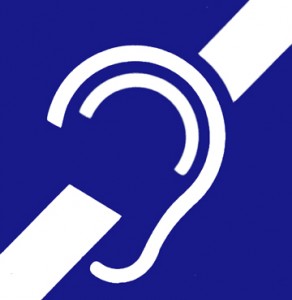 Learn more about this possible stem cell therapy for deafness from this Stanford University Press Release:

STANFORD, Calif. — Deep inside the ear, specialized cells called hair cells detect vibrations in the air and translate them into sound. Ten years ago, Stefan Heller, PhD, professor of otolaryngology at the Stanford University School of Medicine, came up with the idea that if you could create these cells in the laboratory from stem cells, it would go a long way toward helping scientists understand the molecular basis of hearing in order to develop better treatments for deafness.

After years of lab work, researchers in Heller’s lab will report in the May 14 issue of Cell that they have found a way to develop mouse cells that look and act just like the animal’s inner-ear hair cells — the linchpin to our sense of hearing and balance — in a petri dish.

If they can further perfect the recipe to generate hair cells in the millions, it could lead to significant scientific and clinical advances along the path to curing deafness in the future, they said.

“This gives us real hope that there might be some kind of therapy for regenerating hair cells,” said David Corey, PhD, professor of neurobiology at Harvard University who was not involved in the study. “It could take a decade or more, but it’s a possibility.”

Using both embryonic stem cells from mice as well as reprogrammed mouse fibroblasts (a type of relatively undifferentiated cell found in many parts of the body), the researchers present a step-by-step guide on how to coax these cells into the sensory cells that normally reside in the inner ear.

“We knew it was really working when we saw them in the electron microscope,” Heller said. “They really looked like they were more or less taken out of the ear.”

Humans are born with 30,000 cochlear and vestibular hair cells per ear. (By contrast, one retina harbors about 120 million photoreceptors.) When a significant number of these cells are lost or damaged, hearing loss occurs. The major reason for hearing loss and certain balance disorders is that — unlike other species such as birds — humans and other mammals are unable to spontaneously regenerate these hearing cells.

As the population has aged and noise pollution has grown more severe, health experts now estimate that one in three adults over the age of 65 has developed a handicapping hearing loss due to the destruction of these limited number of hair cells.

One of the roadblocks to understanding the molecular basis of hearing is the paucity of hair cells available for study, Heller said. While researchers will ultimately need human hair cells, the mouse version is a good model for the initial phases of experimentation, he said. In addition to using mouse embryonic stem cells, the researchers used fibroblasts that had been reprogrammed to behave like stem cells: These are known as induced pluripotent stem cells, or iPS cells.

“Our study offers a protocol to generate millions of functional hair cells from a renewable source,” Heller said. “We can now generate these cells and don’t have to go through dozens of mice for a single experiment. This allows us to do molecular studies with much higher efficiency.”

The study details how the researchers succeeded in coaxing the mouse embryonic stem cells and the iPS cells through different phases of development that occur in the womb. According to lead author Kazuo Oshima, MD, PhD, a research instructor at Stanford who works in Heller’s lab, they started by turning the stem and iPS cells into the type of cells that form a young embryo’s ectoderm — the embryo’s outer layer of cells that eventually differentiate into many tissues and structures, such as skin and nerve cells. Next they used specific growth factors to transform them into “otic-progenitor” cells (otic means ear). And after that, they varied the chemical soup in the dish, so that the cells clustered in a manner similar to hair cells and developed stereociliary bundles, which are also characteristic of hair cells.

“We looked at how the ear develops in an embryo, at the developmental steps, and mimicked these steps in a culture dish,” Heller said.

Hair cells in the inner ear contain tiny clumps of hair-like projections, known as stereocilia. Sound vibrations cause the stereocilia to bend slightly, causing mechanical vibrations that are then converted into an electrochemical signal that the brain interprets as sound.

The cells in the petri dish, under close examination, had this same structure.

“These cells have a very intriguing structure,” Heller said. “They look like they have hair tufts of stereocilia.”

More importantly, further study showed that the cells also responded to mechanical stimulation by producing currents just like hair cells. Using a probe, researchers stimulated the bundles and recorded the currents that were evoked. Co-author Anthony Ricci, PhD, associate professor of otolaryngology, was responsible for this step of the work.

Heller, a leader in stem-cell based research on the inner ear, has recently been focused on two paths for possible cures for deafness: drug therapy — which could be as simple as an application of ear drops — and stem cell transplantation into the inner ear.

Both paths could be further advanced by the ability to develop hair-cell-like cells, he said. “We could now test thousands of drugs in a culture dish,” he explained. “It is impossible to achieve such a scale in animals. Within a decade or so we could reap the benefits of this type of screening.”

The lab’s research into the regeneration of hair cells for transplantation into the inner ear to cure deafness will also continue.

“We made hair-cell-like cells in a petri dish,” said Oshima. “This is an important step toward development of future therapies.”