Shingrix Good or Bad? Is Shingles Vaccine Effective or Not? Is Shingrix, the GlaxoSmithKline shingles vaccine for adults aged 50 years old an up good or bad? Does it work or is it ineffective? 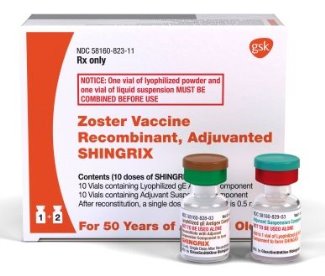 Anyhoo, the effectiveness of Shingrix as a vaccine for shingles is underscored by the fact that it not only gained the approval of the Food and Drug Administration (FDA) it also earned the support of the Centers for Disease Control and Prevention’s (CDC) Advisory Committee on Immunization Practices (ACIP) which recommended the use of Shingrix for the prevention of shingles.

More from the New York Times:

In an unusually close vote, an advisory panel to the Centers for Disease Control and Prevention on Wednesday recommended the use of a new vaccine to prevent shingles over an older one that was considered less effective.

The decision was made just days after the Food and Drug Administration announced approval of the new vaccine, called Shingrix and manufactured by GlaxoSmithKline, for adults ages 50 and older. The panel’s recommendation gives preference to the new vaccine over Merck’s Zostavax, which has been the only shingles vaccine on the market for over a decade and was recommended for people ages 60 and older.

Okay, now that we know that Shingrix is effective and that it works in 9 out of 10 people, what are the bad things about it? Well, it is not necessarily a bad thing but like any other drug out there, it has its side effects that you should be aware. The side effects are as follows:

So there you have it, fellow HealthCareWatchers. Now you know whether Shingrix is good or bad and whether it is effective or not.

Shingrix Good or Bad? Is Shingles Vaccine Effective or Not? Posted 13 November 2017.