Rodial Boob Job Cream: Review Says It Doesn’t Work. A member of the United Kingdom’s parliament criticized the maker of Boob Job cream, calling it a “charlatan and a bully” for using libel laws to silence a leading plastic surgeon who outed the product as a fake.

Speaking in the house of commons on Dec. 1, Conservative MP David Davis said that the ability of companies like Rodial, maker of the breast cream, to use libel laws against critics was a violation of ancient principles of English law.

“[Rodial’s threat] would be ludicrous, bordering on the farcical, were it not so serious in its wider implications,” said Davis. “It is a disgraceful tactic, and it should not be possible under a decently balanced judicial system.”

“Time and again we are seeing commercial companies doing this to silence critics,” Davis added. “Using the law to silence legitimate criticism is to put shareholder interest above public health, and sometimes, above public safety.”

Rodial threatened to sue Dr. Dalia Neild of The London Clinic after she said it was “highly unlikely” the £125 cream could do as it’s maker advertised—increase a woman’s bust size by 2.5cm or up to eight percent without the need for surgery. 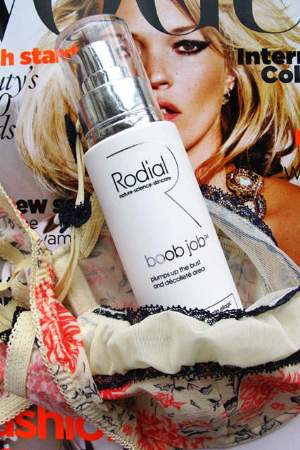 The manufacturer claimed this could be achieved if women rubbed the Rodial Boob Job into their breasts for 56 days. In advertising, it said the cream had been used by show biz stars like Scarlett Johansson and Victoria Beckham.

In criticizing the cream, the plastic surgeon—who also questioned the safety of the treatment—said had a “duty to speak out when products making these claims are not backed up by evidence.”

Rodial threatened Dr Neild with legal action after her comments were quoted in a newspaper.

Dr. Nield is being represented by Robert Dougans, the lawyer who also represented science writer Simon Singh previously, when he faced a similar libel for comments he wrote about the British Chiropractic Association.

In September, the Advertising Standards Authority (ASA) vindicated Neild when it ruled that Rodial had made unauthorized medicinal claims, as there was no evidence to back them up. It also said these claims were misleading.

ASA, the UK’s independent regulator of all advertising across media, also banned Rodial from repeating the claims, which had featured on its website.

The watchdog also found Rodial guilty of making “unauthorized medicinal claims” by advertising a gel called Volufiline as a major ingredient of Rodial Boob Job. Rodial had claimed that Volufiline “promotes lipid storage leading to an increase of adipocyte volume in the fatty tissue” causing “up to eight.4 percent improvement in volume.”

The ASA cited UK’s Medicines and Healthcare products Regulatory Agency (MHRA) findings, which confirmed that Volufiline was not licensed for use in the UK.

The MHRA also debunked claims that Volufiline could improve breast size by eight percent, saying this “implied the modification of human physiology by way of pharmacological and/or metabolic pathways that was not justifiable.”

The ASA also found as “misleading” the testimonials used by Rodial to market Boob Job. Testimonials on its advertising said: “I’ve gone from a 32A/B to a much fuller and firmer 32C”, and “I am now a fuller, firmer and happier 36D”. 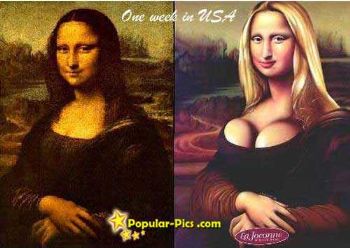 Commenting on the watchdog’s ruling, Dr. Nield’s lawyer said, “This vindicates Dr. Neild’s courage in speaking out about this product. Unless the libel laws are drastically reformed, other doctors and scientists are going to be forced to spend more time with lawyers.”

Silicone vs. Saline: Which is Better?