Pregnancy Risks for Older Women 45 and Above. After age 45, women who get pregnant may face higher pregnancy risks and complications. Their newborn babies also face greater health risks compared to babies born of younger moms, a study at Tel Aviv University suggests.

The study, recently published in the American Journal of Obstetrics & Gynecology, found that women who get pregnant after age 45 are three times more likely to experience diabetes and high blood pressure than younger women. They also have higher rates of preterm births and placenta previa, the study concludes.

Researchers behind this study arrived at their findings after looking at how nearly 80,000 women of varying ages fared while giving birth between 2000 and 2008. Among the 80,000 women, only 177 of them were 45 years old or older. 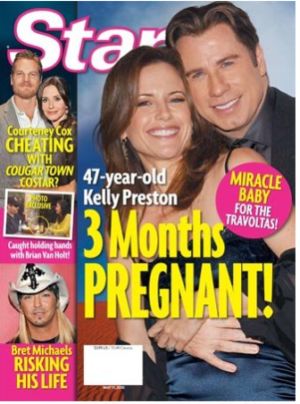 The study found that nine percent of older mothers had high blood pressure while pregnant, three times as much as the 3% recorded among all mothers taken as a whole. Reuters Health has more details on the pregnancy risks faced by older women vis-à-vis their younger counterparts:

Advanced age also appeared to shorten pregnancies. More than one in five of the older mothers delivered their babies at less than 37 weeks’ pregnancy (a normal pregnancy lasts 40 weeks), compared to only one in 10 of all the women. Older mothers were more likely to experience fever and severe bleeding after birth. On average, they and their newborns needed longer hospital stays, and the babies more often landed in the intensive care unit.

Meanwhile, focusing on the newborns born of older moms reveals that four percent of them had metabolic problems such as low blood sugar. This is higher than the percentage (less than two percent) recorded for babies born to mothers of all ages.

For pregnancy-related stories, check out our post on the link between cryptorchidism and painkillers taken by pregnant moms, DHA and smarter babies, and Natazia weight gain side effects.

Pregnancy Risks for Older Women 45 and Above. Posted 1 December 2010.