Lux 1540 Laser: Is it Worth It? Is it an Effective Stretch Marks Treatment? Apparently, the good people of the U.S. Food and Drug Administration have approved the use of Lux1540 Laser as a device to erase your stretch marks.

It’s kinda expensive (costing at £1,200 in the U.K.) but its developer, Dr Maurice Adatto, insists that its worth every cent you’ll gonna pay for it.

According to the Daily Mail, Dr. Addato — a specialist in dermatology, laser and cutaneous surgery — had this to say about his product: “Clinical studies have shown that patients treated with the Lux1540 laser achieved an average improvement of between 51 per cent and 75 per cent in the appearance of their striae. The treatment had little or no impact on patients’ daily activities.” 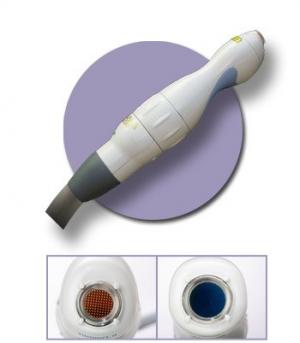 More from the Daily Mail:

In a study of 200 patients with a range of skin types, ‘dramatic clinical improvements’ were achieved. A minority needed local anaesthetics and there were no long-term side-effects. The treatment is offered by The Harley Medical Group at its clinics in London, Birmingham, Manchester and Dublin, but is due to be extended nationwide.

For his part, Harley Medical Chair Mel Braham has this to say about Lux1540: “I must have been presented with more than a hundred “wonder treatments” for stretch marks but I can say that this is the first that has lived up to the hype.”

And what do our friends, Reena and Rick, think of this laser treatment? Reena is soo looking forward to using it once she gets stretchmarks (she’s still 20) but Rick is like, “Duh! What’s wrong with having stretchmarks anyway? It’s a natural part of growing old!”

What about you? What do you think of this thingie?

Should we thank the good doctor for helping us get rid of them stretchmarks or should we curse him for making us feel like there’s something wrong with, in the words of Rick, a thing as natural as stretchmarks?

For the time being, we are going to take the advice of our grandma who says, “You gotta see it working, to believe that it does work.”