Health Benefits of Orange Juice: Good Anti-Fat Neutralizer? Did you know that drinking orange juice is good for your health? Duh, of course everyone knows that already! Okay, did you know that orange juice can sort of “neutralize” the unhealthy food you’ve been stuffing yourself with every time you go to McDonalds? You didn’t, didn’t you?

Anyhoo, according to some researchers from the University of Buffalo, the “flavonoids in orange juice suppress oxidative stress from high-fat, high-carb meal”.

Says Dr. Husam Ghanim (PhD) on the results of their study: “Our data show, for the first time to our knowledge, that drinking orange juice with a meal high in fat and carbohydrates prevented the marked increases in reactive oxygen species and other inflammatory agents. This did not happen when participants drank water or a sugary drink with the meal. These issues of inflammation following a meal are important because the resultant high glucose and high triglycerides are known to be related to the development of cardiovascular events.” 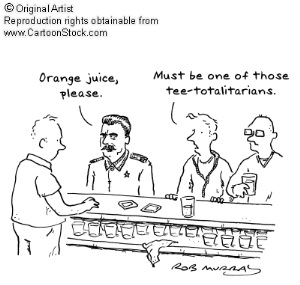 How did the researchers arrive at their results?

Here’s how: they took thirty people aged anywhere from 20 to 40 years old, divided them in groups of ten, and fed them with a “900-calorie breakfast composed of an egg ‘muffin’ sandwich, a sausage ‘muffin’ sandwich and a serving of hash browns”.

So what did the researchers find out?

Analysis of the blood samples after the meal show higher levels of oxygen-free radicals in the three groups. However the increase is higher among those who drank water (up 62%) as well as those who drank glucose (up 63%) vis-a-vis those who drank orange juice (up 47%).

According to the University of Buffalo news release, the orange juice “also prevented a significant increase in SOCS-3, an important mediator of insulin resistance, which contributes to development of type 2 diabetes”.

Says study lead author Paresh Dandona (MD): “These data emphasize that a high-fat, high-carbohydrate meal is profoundly and rapidly proinflammatory, and that this process occurs at the cellular and molecular leve. In addition, specific proinflammatory genes are activated after the intake of glucose and a high-fat, high-carbohydrate meal, and these changes are observed in mononuclear cells that participate in vascular inflammation and insulin resistance.

Dr. Dandona adds: “These observations extend our previous work showing oxidative and inflammatory stress following such meals by demonstrating a remarkable increase in the mediators of insulin resistance after a single meal, and the equally remarkable prevention of these changes following the intake of orange juice.”

Okay, so there you have it. Now you know some of the health benefits of orange juice.

If you are a fan of fast food restaurants and their unhealthy food items, be sure you are also drinking orange juice to sort of counter the bad health effects of the fatty food you’re eating. But if you really want to be healthy, maybe you should stop munching on them McMuffins and McNuggets, eh?

By the way, the research was supported by grants from the Florida Department of Citrus, the National Institutes of Health and the American Diabetes Association.