Deer antlers reportedly contain IGF-1 which is reputed to boost performance and muscle recovery. IGF-1 (Insulin-like Growth Factor 1) is banned in most sports because it is essentially the same as human growth hormone (HGH).

Where can one buy a deer antler spray? According to this CNN report, it is being sold by a company called SWATS (Sports With Alternatives to Steroids) owned by a guy named Mitch Ross. We’re pretty sure that this is available in other sites such as Amazon.

Does it work? There is doubt whether deer antler spray actually works if they are used as marketed. According to Dr. Joshua Cohen interviewed by CNN in this video, products like this need to be given as an injection.

The products being sold in the market are in the form of pills or as a mouth spray.

As mentioned by the doctor in the video above, IGF-1 is a protein which is destroyed in the stomach when taken orally. This is the reason why insulin is injected and not take orally.

We doubt if they are being honest.

Our general rule here at Health Care Zone is to presume that any foreign substance you introduce to your body has a potential side effect.

People who sell the product are the last person you should listen to if you are concerned about the safety and effectiveness of the product they are selling. 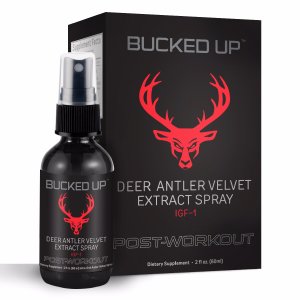 Part with your money only when relevant government agencies declare that a product is safe. Unfortunately, in this instance, the U.S. Food and Drug Administration has not made any pronouncement on the safety and effectiveness of deer antler spray products. Bottom line: Buyers beware!