Cancer Smell: Marine the Dog Can Smell Colon Cancer? Animals really are smarter than we think, ain’t they? During the recent World Cup, Paul the German Octopus mesmerized the world with his correct predictions on how the German team will fare on the pitch as well as correctly choosing the eventual winner of the tournament.

Now, we have a female labrabor from Japan called Marine who, with the use of her sense of smell, can apparently detect whether a person has colon cancer.

She is pretty accurate too as she can reportedly detect colorectal cancer with 98% accuracy. Businessweek has some details about Marine and her cancer-detection abilities:

A graduate of the St. Sugar Cancer-Sniffing Dog Training Center in Chiba, Japan, the dog was initially trained for water rescue and could already detect 12 types of cancer in patients’ breath samples before she joined the colorectal cancer study, the researchers said.

The goal of the study was to find out whether odor can become an effective tool in colorectal cancer screening, according to lead researcher Dr. Hideto Sonoda, from the department of surgery at the Postgraduate School of Medicine at Kyushu University in Fukuoka.

The report is published in the Jan. 31 online edition of the peer-reviewed journal Gut.

So how did Dr. Sonoda and his colleagues find out about Marine’s power to detect cancer? They collected samples of stool and exhaled breath from 40 patients with colorectal as well as from 320 healthy people and had the dog smell said samples. 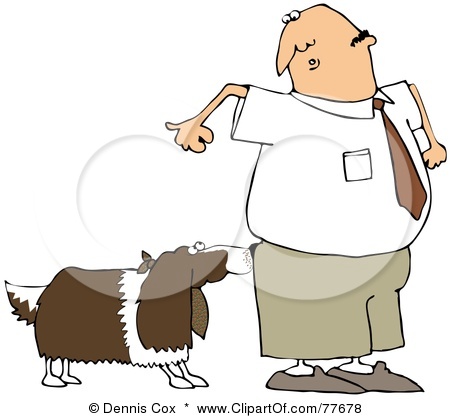 The result? The eight year old Labrador was able to distinguish the cancerous samples from the non-cancerous ones in 33 of 36 breath tests and in 37 of 38 stool tests. In addition, the dog’s scent judgment “even appeared to be highly accurate for early-stage colorectal cancer” according to Dr. Sonoda.

More from Businessweek about Marine and her cancer smell detection abilities:

In fact, the dog was able to identify cancers even when smokers and people with other stomach problems were included in the test, the researchers noted.

So what are other medical professionals saying about this Japanese study? Check out their comments below:

Dr. Ted Gansler, director of medical content at the American Cancer Society: This study adds to a small number of other published articles showing similar results regarding bladder, lung and breast cancers. In addition to these studies, there have been several anecdotal reports of patients whose pet dogs seemed attracted to or upset by skin cancers.

We know that trained dogs can distinguish the scent of one person from another person. Dogs can also be trained to recognize very low concentrations of explosives or illegal drugs in the air. Scientists have already identified some of the chemical differences between normal and malignant tissues, so it is not surprising that some dogs can also recognize these differences.

However, much more research will be needed before we can seriously think about dogs assuming roles in cancer screening similar to their current ones in law enforcement.

Dr. Floriano Marchetti, assistant professor at the University of Miami Miller School of Medicine: The direction should be to stimulate research in finding the organic compound that the dog reacts to. In this country, any type of screening for colorectal cancer is in the order of 40 to 45 percent. Something like this, if it were simple, would be beneficial.

*****
For more cancer-related posts, check out our blog entries on hot flashes and lower breast cancer risks, the role of exercise in beating cancer, and black rice as an anti-cancer superfood.