Can You Die From Tooth Infection: Deaths Caused by Tooth Abscess. Can a person die from tooth infection? Yes, you can! If you’ve been reading the news these past few days, you might have come across the story of Kyle Willis, a 24-year-old man from Cincinnati who succumbed to death after the infection from his wisdom tooth spread to his brain.

According to the NY Daily News, Kyle was advised to have his infected tooth removed but he decided to tough it out because he neither had the money nor the insurance that would cover the dental expenses.

Because of this his infection spread to the brain which led to his death.

You wouldn’t think tragedies like this happens in a developed country like the United States but this is not the first time media outlets reported about a “tooth infection leads to death” story.

In fact, in 2007 a 12-year-old boy from Maryland named Deamonte Driver died when his tooth infection also spread to his brain.

Here’s the report from ABC News about this tragedy:

Deamonte Driver’s life could have been spared if his infected tooth was simply removed — a procedure costing just $80. However, the Driver family faced obstacles with Medicaid, poverty, and access to resources, resulting in an easily preventable health problem turning deadly.

In the end, Driver endured two surgeries and weeks of hospital care totaling about $250,000 in medical bills. Sadly, it was too late to save the boy, and he passed away on Feb. 25.

Can You Die From Tooth Infection: A Celebrity Did. At least one celebrity – John Glasscock of the Jethro Tull band – died from the complications of tooth infection. He died in 1979 and the cause of his death is listed as “endocarditis from a tooth abcess”.

According to a website dedicated to Jethro Tull, “John had been with Jethro Tull three years, when he became gravely ill on the Heavy Horses European tour. It was discovered that a tooth infection had spread to his heart, seriously damaging a weak valve, a condition he had inherited from his father. He underwent major heart surgery, to replace the valve, but he never totally recovered… On November 17, 1979, after his body ultimately rejected the new valve placed in his heart, John Glascock died.”

You don’t have to have a bad toothache before the infection spreads to other parts of your body too. Here’s a news report on Virginia Pryor of Michigan who nearly died from dental infection which she initially thought was just an earache. Good thing the doctors correctly identified her problem and gave her the appropriate treatment.

The video features periodontist Dr. Joseph Nemeth. If you can’t watch the vid, here’s what some of the points he emphasized when it comes to the importance of maintaining our oral health:

Can You Die From Tooth Infection Update: Three years ago in the United Kingdom, a 42-year-old father of five named Ian Durkin died following a tooth infection which spread to his bloodstream and caused multi-organ failure. 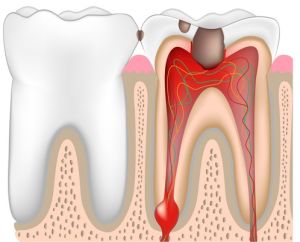 Here’s a Daily Mail report on the case of Ian Durkin: “The inquest heard that Mr Durkin, a team leader at Remploy, developed toothache which led to a tooth falling out on March 24. He didn’t visit his dentist until three days later and was told he would need treatment.”

The report adds: “Over the next few days he began feeling unwell with a sore throat and mouth ulcers. By April 3 his condition worsened and he returned to the dentist who said he should go to hospital. But instead, he went home and had a few drinks before going to bed. Ms Riley checked on him twice that afternoon but discovered him unconscious at 10pm and he died later that night.”

Can You Die From Tooth Infection: Deaths Caused by Tooth Abscess. Posted 6 September 2011. Updated on 22 November 2011.