Black Rice Health Benefits: It’s an Anti-Cancer Superfood. Is black rice the new anti-cancer super-food? Research scientists from the University of Louisiana have found that black rice grown in the southern United States is packed with healthy fibers and plant compound which can help combat heart disease and cancer.

According to the researchers, who presented their findings at the 240th National Meeting of the American Chemical Society in Boston, black rice contains boosted levels of water-soluble anthocyanin antioxidants which help protect our arteries and prevent DNA damage that leads to cancer. Anthocyanin is also found in fruits and vegetables, such as blueberries and red peppers. 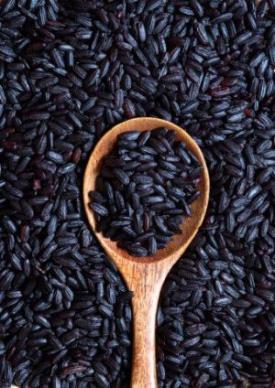 The Daily mail notes that “black rice was known as ‘Forbidden Rice’ in ancient China because only nobles were allowed to eat it”. These days, it is now commonly used in Asia (mainly for food decorations) but Americans are also slowly discovering the health virtues of this staple.