Alcohol Health Benefits: Does It Prevent Rheumatoid Arthritis? We all know about the evil effects of alcohol — drunk driving, liver cirrhosis, alcohol dependency, etc. etc. However, did you know that a moderate amount of alcohol has been found to be good in preventing rheumatoid arthritis as well as in reducing the severity of the disease.

Here’s a 2006 finding by a group of Swedish scientists:

In the study carried out by a team at Gothenburg University, mice were given injections of collagen to induce rheumatoid arthritis (RA).

They were then either given untreated tap water, or water with 10% pure alcohol – a level which was not toxic to the livers – for between six and eight weeks.

RA was found to develop significantly more slowly in the mice given the alcohol, and had less severe symptoms once the disease did start to progress.

The researchers say alcohol may boost production of the male hormone testosterone. This then restricts a key part of the mechanism which releases proteins called cytokines which cause inflammation. The team also found that acetaldehyde, which is formed when the body processes alcohol, can produce similar protective effects.

And here’s what Professor Andrzej Tarkowski, who led the research, is saying about how these research findings will impact human beings: “We can’t translate these results to find out the therapeutic dose in humans. The mice were given a dose of 10% of alcohol in their water, but we don’t know if it would be the same for humans. It would probably be lower.”

The Professor adds: “One possibility would be to use acetaldehyde, which produced similar effects, but which could provide an alternative non-addictive treatment.” 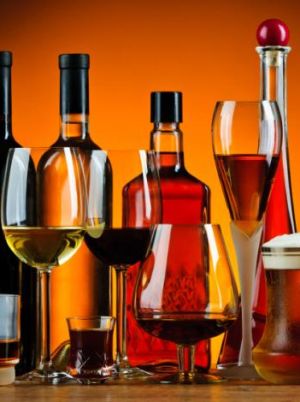 If you are like, “Duh! That study involves mice! Are you freaking telling me that humans are like those dirty rodents!”. Well, you have a very valid point, my friend. But a later Swedish study, this time focusing on human beings also found a link between moderate alcohol consumption and lower arthritis.

Here’s a 2008 BBC News report on this other Swedish study:

A regular tipple cuts the risk of developing rheumatoid arthritis by up to half, Swedish research suggests. The Karolinska Institute assessed 2,750 people in two studies, Annals of the Rheumatic Diseases reports.

However, arthritis experts warned that drinking too much alcohol increased the risk of a range of health problems.
…
The two separate studies assessed environmental and genetic risk factors for rheumatoid arthritis.

Participants were quizzed about their lifestyle, including how much they smoked and drank, while blood samples were taken to check for genetic risk factors.

Researcher Dr Henrik Kallberg stressed the most important finding of the study was that smoking was a very significant risk factor for rheumatoid arthritis, reinforcing findings from previous studies.

However, Dr. Kallberg had this to add: “In addition, it is important to know that moderate alcohol consumption is not deleterious and may in some contexts be beneficial concerning risk for future onset of rheumatoid arthritis.”

If you’re like our skeptical friend Thomas you would go, “Geeze. Another Swedish study! Why are them Swedes always studying alcohol and arthritis? I bet this study is only applicable to them!!!”

Doubting Thomas, sure got a point, no? However, the latest study on this subject conducted by scientists at the University of Sheffield (which we’re pretty sure is not in Sweden) arrived at similar findings.

Drinking alcohol can not only ease the symptoms of rheumatoid arthritis it appears to reduce disease severity too, research suggests.

Scientists at the University of Sheffield asked two groups of patients with and without the disease to provide details of their drinking habits.

They found that patients who had drunk alcohol most frequently experienced less joint pain and swelling. Experts say this should not be taken as a green light for drinking more.

Dr James Maxwell, consultant rheumatologist and lead author of the study, had this to say about their findings: “We found that patients who had drunk alcohol most frequently had symptoms that were less severe than those who had never drunk alcohol or only drunk it infrequently.”

More from BBC: “X-rays showed there was less damage to their joints, blood tests showed lower levels of inflammation, and there was less joint pain, swelling and disability in those patients, the researchers found. They say they do not yet understand why drinking alcohol should reduce the severity of RA, and people’s susceptibility to developing it.”

So there. By the by, just because alcohol prevents/reduces rheumatoid arthritis does not make it a valid excuse for you to drink, and drink, and drink. The key here is to drink only a moderate amount of alcohol.