Sleeping Weight Loss: Good Sleep Can Reduce Fat? Sleeping for seven or eight hours a day does not only prepare you to face the next day’s challenges. It also helps you lose weight, a recent study states.

Believe it or not but sleeping is apparently another technique by which you can lose some of your body fat. According to a research published in the Annuals of Internal Medicine, too little sleep could deprive you from losing body fat. 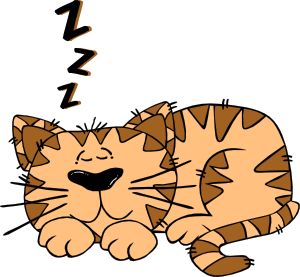 Result shows that when the participants slept for 5.5 hours a night, which is below the normal sleeping hours, they did not lose fat. Rather, they dropped down muscles. On the other hand, when they slept for 8.5 hours a night, they were able to lose most fats.

Researchers explain that sleep deprivation leads to the release of hormone gherlin which triggers hunger and promotes fat retention. That is why the participants who have been deprived of complete sleeping hours had hard time losing weight.

So, fellow Health Watchers, what do you think of the above study? Do you know of anyone who lost fat through a sleeping weight loss plan or something?

Sleeping Weight Loss 2017 Update: Seven years after we initially published this post, another study confirms that sleeping does help you loss weight.

In this new study which was published on the journal Sleep of the the American Academy of Sleep Medicine, it was determined that “those who slept longer at night had lower body mass index (BMI), based on weight and height, than those sleeping less”.