Paracetamol for Babies: Bad Side Effects – Allergies and Asthma? If you give your baby Calpol or other forms of paracetamol, you are increasing his/her risk of developing allergies and asthma, a recent research from the Otago University in Wellington (New Zealand) suggests.

However, the benefits of the drug far outweigh the risks it poses so this should not stop you from using the medicine if it is what your baby needs to get well.

Some of the findings of this study on paracetamol for babies are as follows (via Reuters):

Those who were given the medicine in the first 15 months of their life are at much higher risk of suffering from allergies when they are older.

Babies who had Calpol or similar medicines in the first 15 months were twice as likely to have suffered wheezing and other symptoms of asthma by the time they were six.

They were also three times more at risk from having allergies such as hay fever.

The study, published in the journal Clinical and Experimental Allergy, made use of data on 1,500 babies and young children up to the age of six in New Zealand. 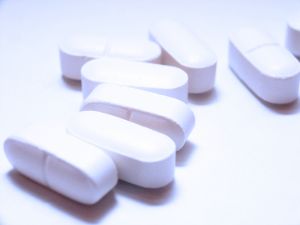 Lead researcher Professor Julian Crane has more details about their study: “The major finding is that children who used paracetamol before the age of 15 months (90 percent) were more than three times as likely to become sensitized to allergens and twice as likely to develop symptoms of asthma at six years old than children not using paracetamol,’ Crane said in a statement.

“However, at present we don’t know why this might be so. We need clinical trials to see whether these associations are causal or not, and to clarify the use of this common medication.”

Professor Crane adds that parents should not stop giving paracetamol to their children because its benefits far outweighs the risks.

Asked by the Daily Mail to comment on this latest research finding, Dr Elaine Vickers, Research Relations Manager at Asthma UK had this to say: “Several studies from around the world have suggested there may be a link between giving children paracetamol and an increase in their risk of asthma and other allergic conditions.”

She adds: “However, they have not established that paracetamol causes asthma. We know that paracetamol is a safe and effective treatment for pain and fever if given according to the manufacturer’s directions and at this stage we believe the benefits of using paracetamol far outweigh the potential risks.”