Pancreatic Cancer Treatment: MRK003 + Gemcitabine Combo mixture offers new hope in fight versus pancreatic cancer. It’s an aggressive disease and worse, by the time symptoms show up enough to be diagnosed, it’s usually advanced and the cancer has spread to distant organs in the body. By this time, treatment options are limited and usually, futile.

When the cancer has spread, patients have an average survival of between two and six months. Five-year survival rates are very low — around five percent — according to the United States National Cancer Institute.

It’s pancreatic cancer — and while it’s rare, it’s deadly. It’s the fourth leading cause of cancer death in the U.S. and the fifth leading cause worldwide. Each year, about 44,000 new cases are diagnosed in the U.S., and 37,000 people die of the disease.

Thanks in part to the popularity of Apple founder and CEO Steve Jobs, whose death brought widespread attention to the disease, scientists are now keen searching for ways to fight this cancer aggressively.

Thanks, too, to funding from Cancer Research UK, Merck Research Laboratories, USA and various other institutions, researchers from the University of Cambridge have developed an experimental drug combination that BBC News hails as “a new weapon against pancreatic cancer.”

Combo drugs work better than one drug
Working on laboratory mice genetically engineered to have pancreatic cancer, the researchers combined the chemotherapy agent gemcitabine — already being used to treat pancreatic cancer patients — with an experimental drug called MRK003 and gave this to the mice. They found that this set off a chain of events that ultimately destroys cancer cells.

MRK003, a gamma secretase inhibitor, worked by starving the pancreatic tumor cells of oxygen, promoting the widespread death of the cancer cells.

The chemical can block the actions of a protein called “gamma secretase” that plays a range of roles in the body. Endothelial cells that provide nourishment for the pancreatic tumor were also killed by MRK003 – so by denying nutrition to the tumors, their growth was suppressed.

The researchers also found that the combined effect of these two drugs was greater than the sum of the individual effects of each drug — resulting in intensified killing of the pancreatic cancer cells.

“We’ve discovered why these two drugs together set off a domino effect of molecular activity to switch off cell survival processes and destroy pancreatic cancer cells,” said Prof. David Tuveson, one of the study’s authors. The study was published in the Journal of Experimental Medicine.

The investigators also found that while the cancer-stricken mice survived just nine days when given a placebo, they survived 26 days with the combination treatment.

Knowing that in many cancers, the gamma secretase pathway — the signaling pathway between cells — is disrupted, the researchers set out to test a type of “inhibitor” that blocks this pathway. The experimental drug, MRK003, was that inhibitor.

They then went on to examine the effects of several treatment regimes involving MRK003, giving it alone or in combination with the chemotherapy agent gemcitabine. In particular, the researchers looked at the:
• way treatment affected the expression of certain markers that are characteristic of pancreatic cancer
• effect on mice survival
• effect on the tumor cells 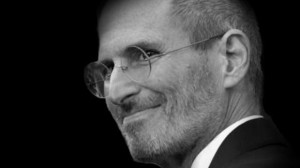 While the United Kingdom’s national health provider praises the results as “exciting early results in an area with a clear need for better treatments,” it cautions that “it will take the results of further clinical trials to tell how successful or safe this regime is for treating patients.”

Now the Cambridge University researchers are holding a phase I/II clinical trial to test if the treatment will work on patients.

“We’re delighted that the results of this important research are now being evaluated in a clinical trial, to test whether this might be a new treatment approach for patients with pancreatic cancer,” says Dr. Duncan Jodrell, another lead researcher. But “it will be some time before we’re able to say how successful this will be in patients,” he says. Dr. Jodrell is a professor of cancer therapeutics at the university.

“There are limits to what can be learned from animal tests, so the results of the current clinical trial will provide a much clearer indication of how safe or successful this regime is for treating patients,” the NHS said.

Funding for the research came from the Cancer Research UK, the Li Ka Shing Foundation and Hutchison Whampoa Limited, the UK National Institute for Health Research, the University of Cambridge, the Cambridge Biomedical Research Centre, and Merck Research Laboratories, USA, the collaborative research program at that pharmaceutical company.

Meanwhile, Cancer Research UK reports that a human trial of gemcitabine combined with another gamma secretase blocker is now underway.

Pancreatic cancer involves the pancreas, a small gland sandwiched between the stomach and intestine that secretes chemicals used in digestion. When symptoms of the disease are present — which usually happens when the cancer has metastasized — they may include jaundice or a yellowing of the skin, eyes, and fingernails; abdominal pain; weight loss; and digestive problems.

Smoking causes about 30 percent of all cases of pancreatic cancer, epidemiologists estimate. Men are more likely to develop this type of cancer than women, and in the U.S., pancreatic cancer affects African Americans more than any other ethnic group.