Gastric Band Surgery for Weight Loss: Is it Safe? There is a need for future researchers that will look on the safety of weight-loss surgery operations among teenagers, researchers suggest after finding out that more overweight teenagers are undergoing laparoscopic gastric band surgery.

The researchers, who published their study online last Sept. 20 in the journal Pediatrics, found out that 590 patients between 13-20 years old underwent gastric band or gastric bypass surgery to lose weight, from 2005-2007.

Such operation can cause serious complications such as infection, leaks, respiratory arrest, blood clots and deaths, according to the American Society for Metabolic and Bariatric Surgery. 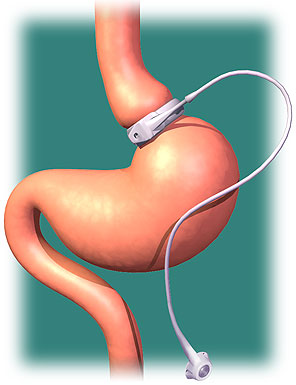 The researchers reported also that 93% of the surgeries were performed in hospitals that are not affiliated with nationally recognized children’s hospitals.

Gastric band surgery is a process that routes food away from the stomach. The average procedure costs $17, 000.

Past researches suggest that for severely obese patients to lose weight, surgery may be the most effective method. However, bariatric surgery is not a total cure for obesity, the study says. Gastric band surgery is not approved for patients under 18 years old and some insurance companies do not cover the operations’ expenses.