Is your tap water safe? Or is it like the water in some Quebec towns which contains manganese. The manganese, according to recent research findings has negatively affected the IQ of kids who were exposed to it.

The presence manganese in drinking water negatively affects the intelligence quotient of a child who drinks it, a study says. The study conducted in the rural areas of Central Quebec, Eastern Township and Lotbiniere regions, where manganese is found in the tap drinking water, concluded that manganese lowers IQ level.

Between June 2007 and June 2009, the researchers from Universite du Quebec a Montreal and Ecole Polytechnique examined 362 children, age 6 to 13, from 8 municipalities in the above-mentioned regions.

Hair samples taken from the children, tap water samples, standardized IQ and other tests were used in the study. Ten other factors including family income and maternal intelligence were also taken into consideration. 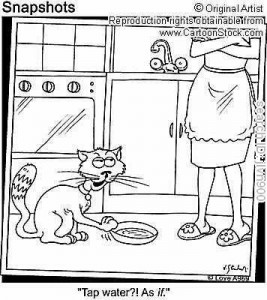 According to the Montreal Gazzette, researchers were shocked at how damaging the manganese was to the intelligence of the children. Says study leader Maryse Bouchard, “We were surprised by the strength of the differences between children who were exposed to high levels and those who weren’t,” Bouchard is an adjunct professor at the Universite du Quebec a Montreal.

It is not clear whether reducing or eliminating manganese from the water can reverse the damage done to the children. Professor Bouchard has applied for a grant to continue monitoring the same children in the future.