Can you die from skin cancer? Yes you can! In fact, according to the Centers for Disease Control (CDC), in 2011 — which is the most recent year for which data is available — a little more than 9,000 people in the United States died from melanomas of the skin.

Meanwhile, across the pond in the United Kingdom, a total of 2,148 people died from malignant melanoma in 2012. According to Cancer Research UK, malignant melanoma is the 18th most common cause of cancer deaths, accounting for 1% of all deaths from cancer.

That skin cancer is a deadly disease is evident in today’s news headlines which are reporting that, Colin Bloomfield, a popular BBC radio broadcaster succumbed to skin melanoma. He was only 33 years old. More about Colin from bbc.com:

The popular broadcaster touched thousands of listeners with his openness and optimism as he battled skin cancer.

A charity appeal prompted by his diagnosis has so far raised more than £62,000 in just over two months.

Bloomfield, who worked at the station for 10 years as a presenter, reporter and a Derby County commentator, died at a hospice near Shrewsbury.

He had a malignant melanoma removed from his leg 10 years ago but in 2013 learned the cancer had returned. Last year, he was told it had spread and was given months to live.

Aside from Colin, other famous celebrities who died from skin cancer include the following: 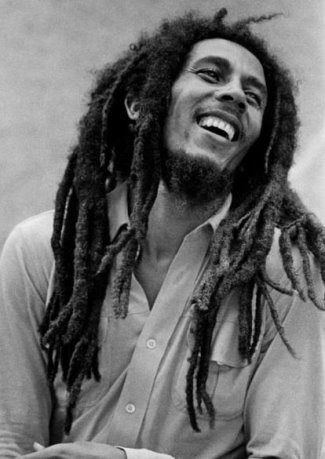 Many today may be aware that Bob Marley died from cancer, and that he died very prematurely. He was only 36 when cancer killed him. However, the cancer that spread to his brain and other organs grew from a type of skin cancer. Acral lentigious melanoma is an uncommon type of cancer found on the palms of hands, soles of feet, and under finger and toenails. Reportedly, Bob Marley had injured the toenail of his right big toe during a soccer game. The injury did not heal and the toenail bed became cancerous.

Lei Clijsters, Belgian football player and father of tennis superstar Kim Clijsters, 53 years old. According to wikipedia, Clijsters “suffered from a recurrence of a melanoma which had spread to the lungs and other organs, having already experienced a bout of this condition twenty five years earlier”.

Joe Zawinul, a musician and composer who pioneered the jazz fusion movement with Miles Davis in the late 1960s and led the popular jazz-rock group Weather Report for 15 years, died Sept. 11 at Wilhelmina Clinic in Vienna, Austria, where he had been treated since last month for Merkel cell carcinoma, a form of skin cancer. He was 75 and had lived for many years in California.

Maureen had been undergoing aggressive therapy for the spread of cancer that was first discovered four years ago. The initial diagnosis was malignant melanoma, the most deadly form of skin cancer. Doctors thought the cancer was in remission. But last October they discovered it had spread to her lymph nodes, and a month later a large tumor was discovered on her pubic bone.

Richard Jaeckel, American actor, 71 years old. He reportedly had this to say after he was diagnosed with skin cancer (via IMDB):

I know people are pulling for me to beat this thing, but let them have a glass at the bar for me and let it go at that.

“I haven’t felt scared at all,” he said after a Friday-morning practice one week after going public with news of his illness. “Nobody likes having cancer. But I’m just carrying on as best I can.”

Because his doctors discovered his cancer – multiple myeloma – in its early stages, they have voiced confidence it will respond favorably to chemotherapy.

The optimistic prognosis makes coping with cancer easier, Neilson said, but it’s his faith that keeps him going.

“One of the big advantages of being a Christian is that you feel you can ask God for guidance as you go through life. For people who don’t have that, it must be tough.”