Campylobacter Infection and Undercooked Liver Pate. Serving undercooked chicken or duck liver pâté or parfait has been a trend among both haute cuisine chefs and amateur foodies for some time now. But public health officials in the United Kingdom say this may cause hundreds of people to fall ill with food poisoning.

Eating undercooked poultry liver pâté or parfait at weddings and other functions in hotels, clubs, restaurants and other banquet venues has been identified as the cause of nearly all food poisoning cases across the UK this year.

Figures from the Health Protection Agency (HPA) reveal that this food practice was the cause of 90% of all cases of campylobacter outbreaks in 2011.

Symptoms of campylobacteriosis—food poisoning by campylobacter—include diarrhea, stomach pains and cramps, fever and a general feeling of illness. As the infection is self-limiting, it eventually goes away and most people are sick for only a few days.

Generally, medicines are not needed to treat the illness, except for rehydration and replacement of electrolytes lost from frequent stools.

Usually, the campylobacter infection is mild but it can be fatal in infants, very young children, the elderly and in people with acquired immune deficiency syndrome (HIV/AIDS), autoimmune diseases, or those drugs to suppress their immune systems. 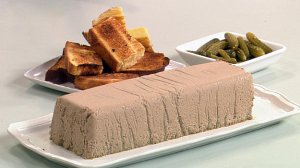 Undercooked poultry livers
Investigating food poisoning outbreaks across the UK for this year, the HPA found that this was linked to pâté or parfait made from poultry livers that were not cooked thoroughly.

Poultry liver carries a particularly high risk for campylobacter infection. Unlike other poultry meat where bacteria is found only at the surface, campylobacter can be found all over the livers, which may remain sources of infection if not cooked enough.

The Food Standards Agency (FSA) has since reissued a reminder to chefs and caterers to cook poultry livers thoroughly to ensure that campylobacter is killed. It issued this advisory twice last year, as outbreaks were rising.
“The increase in outbreaks which are due to the consumption of chicken liver pâté has been steadily increasing over the last few years,” said Dr. Christine Little, an expert in gastrointestinal infections at the HPA.

“Not only is this dish popular in food recipe magazines, it is being served in a variety of different catering venues.”

Illness occurs when livers are only cooked until they are pink—and undercooking is not enough to kill the bacteria, she said.

“Both the public and the catering industry need to be aware that undercooking this product can result in food poisoning,” she added.

The FSA also advised chefs and caterers to follow good food hygiene practices when handling and cooking poultry livers, to avoid contaminating other foods with campylobacter.

Rising trend of campylobacter infection
The HPA analyzed 18 outbreaks of campylobacter across the UK in 2011. In all, 443 people fell ill and one had to be hospitalized. Of the 18 outbreaks, 14 occurred in catering venues and 13 of these were linked to chicken or duck liver pâté.

In all 13 cases, the livers used to make the parfait or pâté were undercooked, allowing the liver to remain pink in the center.

Seven cases occurred in wedding receptions at hotels, banquet venues or public houses and six were associated with catering at other functions such as hotels, clubs and restaurants.

There are roughly 80,000 cases of food poisoning annually in the England and Wales and about half are caused by contaminated poultry.

Campylobacteriosis is estimated to affect over 2.4 million Americans every year, or 0.8% of the population.

The numbers are higher in the developing world, especially in Southeast Asia, where many delicacies and street food call for undercooked poultry liver and where sanitary food handling is not strictly practiced. Many more cases go undiagnosed or unreported.

Cooking liver will not spoil pâté
“Unfortunately, levels of Campylobacter in most raw chicken are high, so it’s really important that chefs cook livers thoroughly to kill any bacteria, even if recipes call for them to be seared and left pink in the middle, said Bob Martin, head of foodborne disease strategy at the FSA.

But Xanthe Clay, the well-known British food writer, told the Telegraph that leaving livers very pink inside did nothing to improve the flavor or texture of a pâté.

“The unctuousness and lovely texture is not from the livers, it’s from adding walloping amounts of butter and beating it to add air,” she said.

“It would be difficult to cook chicken livers until they were entirely brown all the way through, and that’s not really necessary,” she added.

She advised chefs to learn the difference between the uncooked “translucent” pink and a properly cooked “white-pink” of a chicken liver.