Blood Tests Diagnose Depression? New blood tests to diagnose depression may lead to better treatment and less stigma. Diagnosing teenage depression the way it’s done now — by letting teens take the Beck Depression Inventory (BDI) and asking them to describe their own symptoms, and then relying on psychiatrists to interprete these — can be tricky since mood swings are normal during the adolescent years.

But diagnosing depression in teenagers is urgent because these youngsters are highly vulnerable to the mental disorder: Teenage years are the prime time for depression to start and rates of major depressive disorders jump from two to four percent in pre-adolescent kids to 10 to 20 percent by late adolescence. On top of that, untreated depression in teens puts these children at greater risk for suicide — and for a lifetime of social difficulties, substance abuse and physical illness.

That’s why it’s so important to get an early and accurate diagnosis, say researchers from the Northwestern University Feinberg School of Medicine in Chicago, Illinois.

“This is the generation, the age group that needs the most help,” Dr. Eva Redei, a professor of psychiatry and behavioral sciences at the NU Feinberg School of Medicine tells WebMD. “They are our next generation and an increased percentage of them are getting seriously depressed and in major trouble,” Dr. Redei continues.

According to estimates cited in a new study led by Dr. Redei, major depressive disorders may affect up to 20 percent of the population of adolescents and young adults in the United States. This is why the researchers are hoping to develop a way of diagnosing depression that’s as easy and accurate as diagnosing high cholesterol or diabetes.

Their new study, published in the April 17 issue of the journal Translational Psychiatry, the researchers describe a new blood test they developed to diagnose depression in teenagers and to distinguish different types of this mental illness. Doctors could one day use these blood tests to diagnose patients instead of relying on subjective interviews, says Dr. Redei in an interview with The Toronto Star.

Right now, diagnosis relies on the patient’s ability to recount their symptoms and the doctor’s ability and training to interpret these.

“Right now depression is treated with a blunt instrument,” Dr. Redei says in a written statement. “It’s like treating type 1 diabetes and type 2 diabetes exactly the same way. We need to do better.”

“This is the first significant step for us to understand which treatment will be most effective for an individual patient,” she adds. “Without an objective diagnosis, it’s very difficult to make that assessment. The early diagnosis and specific classification of early major depression could lead to a larger repertoire of more effective treatments and enhanced individualized care.”

Using markers to diagnose depression
For their study, Dr. Redei and her colleagues tested the blood of 28 teens from Ohio who were 15 to 19 years old. Half of these teens (14 individuals) had been diagnosed as depressed but not treated; the others weren’t depressed.

The depressed teens in the study were patients of Dr. Kathleen Pajer of the Research Institute of Nationwide Children’s Hospital in Columbus, Ohio. Dr. Pajer is also a co-first author of the new study. 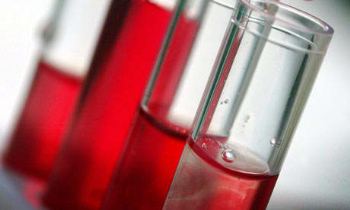 Researchers took blood samples from the youngsters and checked these for 26 genetic blood markers that indicated depression in rats in previous research. When they compared the samples from the depressed teens with those from non-depressed ones, the researchers identified 11 markers that may be tied to depression — and discovered that levels of these markers were lower in depressed teens.

“These 11 genes are probably the tip of the iceberg because depression is a complex illness,” Dr. Redei says in the statement. “But it’s an entree into a much bigger phenomenon that has to be explored. It clearly indicates we can diagnose from blood and create a blood diagnosis test for depression.”

This isn’t the first time researchers developed a blood test to diagnose depression. In a study published earlier this year in the journal Molecular Psychiatry, researchers developed a test focused on different biomarkers that “accurately pinpointed” depression in 90 percent of a small group of adults. Such tests, Dr. Redei say, aren’t likely to replace interviews with doctors — but could help serve as an additional diagnostic tool.

Where the new blood tests are concerned, the experiments need to be repeated in a larger group of study participants — as well as in a group with more varied subjects — before these tests can be used for diagnosis in a clinical setting.

Still, Dr. Redei believes the blood tests can be used alongside traditional interviews and the BDI to diagnose depression faster — as well as treat it more effectively.

Dr. Alexander B. Niculescu, III, associate professor of psychiatry and medical neuroscience at Indiana University School of Medicine, downplays the study’s implications, telling WebMD, “We need to be careful not to jump to conclusions based on a small number of study participants.” He says blood markers for depression may vary among a larger population.

This is why the next phase of the study involves using hundreds of blood samples from Nova Scotian teens, and this will be conducted at the Dalhousie University in Nova Scotia, Canada.

“This is very interesting early research that could point to the development of not just biomarkers — but also help with the identification of new genes that are involved with the expression of this common illness,” says Dr. Michael Thase, a professor of psychiatry at the University of Pennsylvania Perelman School of Medicine, who wasn’t involved in the research. He tells MSNBC that this “could potentially lead to new treatments.” The blood test might help adults, even if it’s only been tested on teens, he also points out.

Beck depression inventory
Created by psychiatrist Dr. Aaron T. Beck, the Beck Depression Inventory (BDI or BDI-II) is a 21-question multiple-choice self-report inventory that’s one of the most widely used instruments to measure the severity of depression. It’s commonly used as an assessment tool by health care professionals and researchers in a wide variety of settings.

The questionnaire, designed for people 13 years old and above, is composed of questions relating to hopelessness and irritability — which are symptoms of depression. There are also queries on cognitions such as guilt or feelings of being punished, as well as items related to physical symptoms such as fatigue, weight loss and lack of interest in sex.

There are three versions of the BDI — the original BDI, first published in 1961 and later revised in 1978 as the BDI-1A, and the BDI-II, published in 1996. While it’s a simple test, so far, it’s been very accurate in diagnosing depression and measuring its severity.

The good and bad of blood tests
Like most things, there are pluses and minuses of using a blood test to diagnose depression.

Dr. Allison Owen-Anderson, a psychologist at the Toronto Centre for Addiction and Mental Health, says she worries that a teen who displays symptoms of depression but whose blood tests aren’t positive may miss out on preventative treatment. Dr. Owen-Anderson knows what she’s talking about, as she provides mood and anxiety services to children and youth.

She also tells the Toronto Sun that she’s also concerned that a medical test would lead to more drug-based therapies for depression — possibly overshadowing cognitive and behavioral treatments like addressing thoughts, relaxing or breathing. “You still need to assess a person’s inner experience and find out how they’re coping — that can’t be done with a blood test.”

On the other hand, blood tests could also make depression less stigmatizing to clients by treating it more like a medical diagnosis, she points out. And this could encourage more people to seek treatment.

“Parents may normalize, ‘Oh that’s just the ups and downs of adolescence,’” she says. With a blood test, “there would be less chance that parents would discount the results of a blood test.”

Regardless of how depression is diagnosed, what’s vital is to get people to access treatment and follow through with it, she says. In fact, none of the teens who were diagnosed with depression in Dr. Redei’s study opted for treatment — further indicating the difficulties of working with depressed adolescents.

“Everybody, including parents, are wary of treatment, and there remains a social stigma around depression — which in the peer-pressured world of teenagers is even more devastating,” Dr. Redei points out. “Once you can objectively diagnose depression — as you would hypertension or diabetes — the stigma will likely disappear,” she insists.

Dr. Lloyd Sederer, medical director of the New York State Office of Mental Health and The Huffington Post’s mental health editor praises the study, saying it pushed our understanding of depression forward scientifically. But he also raises questions about what it might mean for practical, clinical use.

“From a public health point of view, you have to think, ‘What value does this test have, and compared to what?’” Dr. Sederer says. “Standard clinical diagnosis — even with all the complaints about the DSM — is pretty good,” he points out. “If you have essentially a low-tech, low-cost and relatively effective means of determining a condition, then all of those attributes have to be exceeded for something else to be more valuable.” What’s more, the new study can’t still say how many false positives may result from the blood test.